COVID-19: What I think of this period of crisis

Home » News » COVID-19: What I think of this period of crisis

COVID-19: What I think of this period of crisis

Anyone knows this is a pandemic which, together with the health crisis, will bring with it an unprecedented economic crisis. In these days we are all looking at the help that can come from the Government, at the situation of its own customers and how the economic context evolves, in Italy and in the rest of the world. I had the opportunity to reflect, I thought about the history of Spai, the sacrifices, the mistakes, the difficult moments and those of growth, I tried to retrace them, to understand what is happening and be ready for the challenges that we will face in the coming months. It will not be easy.

In December 2007, Spai had reached the highest sales volume and, at the same time, the highest number of employees. Just in those days one of our technicians had decided to leave us and the most important thing in my thoughts was to fill the vacancy. The large amount of work and these daily emergencies had not allowed me to notice that the clouds of a global economic crisis were growing on the horizon. I was immersed in everyday work, in productivity. It seemed to me that everything was going well because at that time there was work and because the last period of crisis was in the third month after the opening of the company, back in 1998.

Where was I wrong?

A global crisis affects everyone, but surely there are those who are prepared to face it and those who are not. Going back to those days, the considerations I can make now lead me to identify a number of mistakes I had made at that time:

Then one day I woke up, I had to prepare the transfers for the salaries and, at that moment, I realized that I had little, very little money. I asked myself how was it possible. At the beginning of the year we were at the top, and now almost nothing, what happened?! Just one control was enough to realize that I had billed little or nothing in the previous two months. Had not I noticed it? Yes, but I had given myself the usual, convenient answer: it can happen, I’ll go back billing as before. All this without checking the orders, and without checking whether there really would be something to bill the following month. By the time I realized that the situation was serious, it was too late, I had no liquidity, customers had nothing left for me to do, because the economy had stopped at the same time, I had no idea when this situation would return to “normal”, if it ever would. As if that wasn’t enough, I discovered that I didn’t have the ordinary lay-off fund, my national collective bargaining agreement didn’t provide for it. The information on social security benefits was beyond my comprehension, I relied on what I heard from other entrepreneurs, on television, in the newspapers. The only solution I could see on the horizon was to reduce staff to reduce costs. I would later realize that the effect would be much less effective than I had imagined. Between severance pay and unpaid vacation time, I had the impression that the burden of staff costs hadn’t decreased, with a big difference, however, part of the staff was no longer there. The money kept coming out, my employees were no longer in the company. The worst thing, then, was that I had to fire people who did not deserve it, an injury that left a mark on me that I still carry inside.

You make sacrifices: you pay your wages and reduce your own. You hold out until next month hoping to collect enough to pay everyone. And that’s what happened. Was it magic, luck or recovery? I didn’t know, I just hoped it would go on like that. It just went on and on. It probably depended on the commercial sector in which I was operating, I began to ask myself some questions and to look at the future with more confidence. I still didn’thave trust, it could be a bubble and I didn’t want to hire other people and then find myself in the dramatic situation of firing them again, I had to hold on to the people I had. This was yet another mistake because in the meantime the growth crisis was coming, too much work to be able to process it with the current resources. New clients were coming in too, what to do? Give up and start operating again as I had always done or press the accelerator and become what I had never been before?

Mistakes are for learning, and the first lesson was this: “a company is like a boat near a waterfall, if you don’t row sooner or later you will fall into the waterfall, if you start rowing, the stronger you will do it and the safer you will be. A company cannot stand still if it wants to survive, it MUST row! Okay, it was time to take the big step…

We are all human beings

If we look at the past we realize that many wars, social developments, economic catastrophes and years of prosperity were often the result of personal choices by the rulers who led the nations of the world. A nation’s well-being should not depend on a person’s mood, but alas, whether we like it or not, it happens much more often than we realize. In fact, unlike most of the nations of the world, where the advent of democracy has held back these personal demands, in companies it is often still the mood of the owner that decides the outcome. Is it right? Is it wrong? It doesn’t matter, it’s a fact. For SPAI, things are no different. SPAI was dormant as long as I was dormant, it was in crisis when I was in crisis and it developed when I needed to develop. In 2013 my personal life had had a big change that required an increase in my financial resources. It was time to grow up, to say goodbye to the child and to give space to man.

The growth crisis imposed assessments that entailed some risk. The risk was that you could not predict the future, but then how to reduce it? These are some actions that, in my opinion, have been and still are essential for a company to grow:

New clouds on the horizon

The information is very important. Listening to what is happening around us is fundamental, listening to the correct sources even more. Sometimes, however, we dwell a lot on what seems to have an immediate and direct correlation with our world and we ignore other “detail” information, which we let go like words to the wind. One morning a few weeks ago my mother calls me and says, “Have you heard what’s happening in China?” I tell her not to worry, that this is another continent, a country far from here, that everything will be put right in a short time and that there is no danger for us.

The next day she calls me back and says, “Did you hear the banks are in crisis, we’re going to lose everything?” Annoyed, I try to reassure her, the banking system is stable and overprotected, I tell her. On the other hand, I listen to much more authoritative sources… But I have a doubt. After a few days, even my most reliable sources begin to deal with the coronavirus that is spreading in China. Everybody now knows about this potential danger, but it seems to be only a Chinese problem, we are too good for them, we will manage it without problems. For the Chinese it is a problem because they do not know how to deal with it, not for us, we have the situation under control. In the meantime, on television they start to show the countermeasures taken also in the western nations, they start to measure the fever to those who come directly from the Wuhan region, some contagion in South Korea, in Japan….. Now, even a child knows that, during incubation, a disease shows no symptoms, and so the virus has been able to travel undisturbed between planes and ships, crossing borders and soon going around the world. The rest is chronicle of these days.

Continue with the second episode of the diary 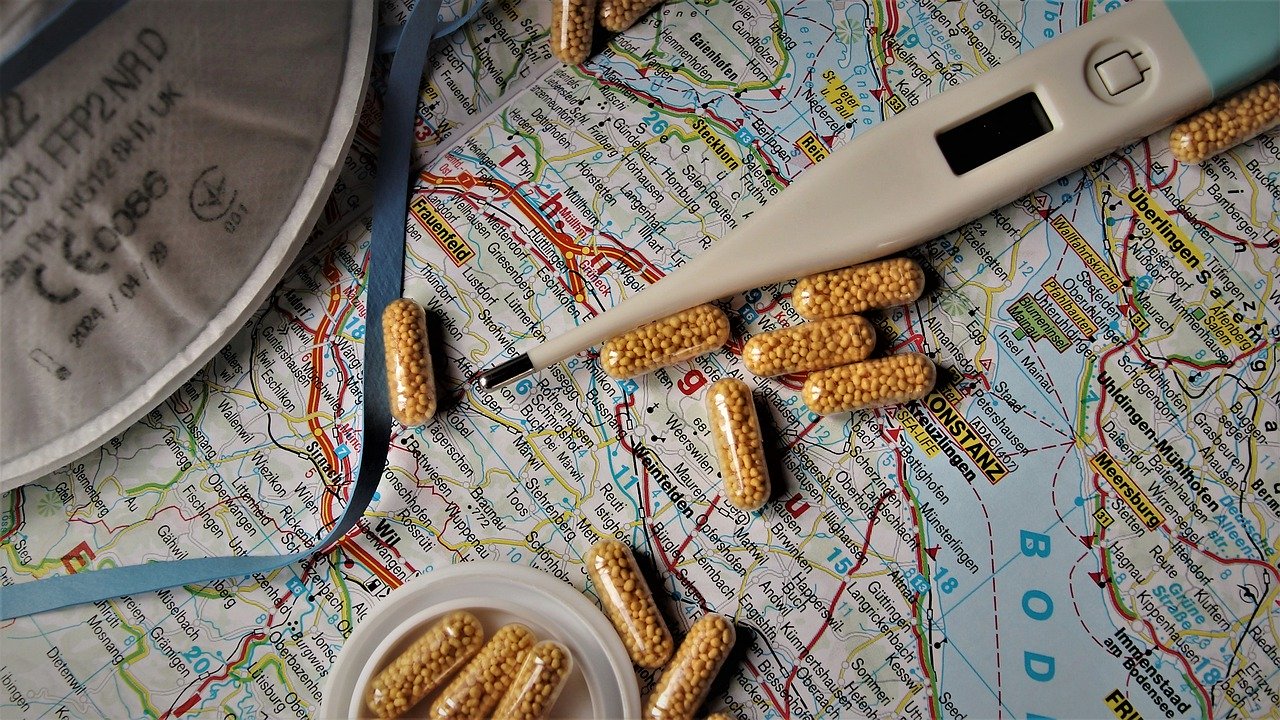 Photo by pasja1000 on Pixabay