Brief history of the instruction manual 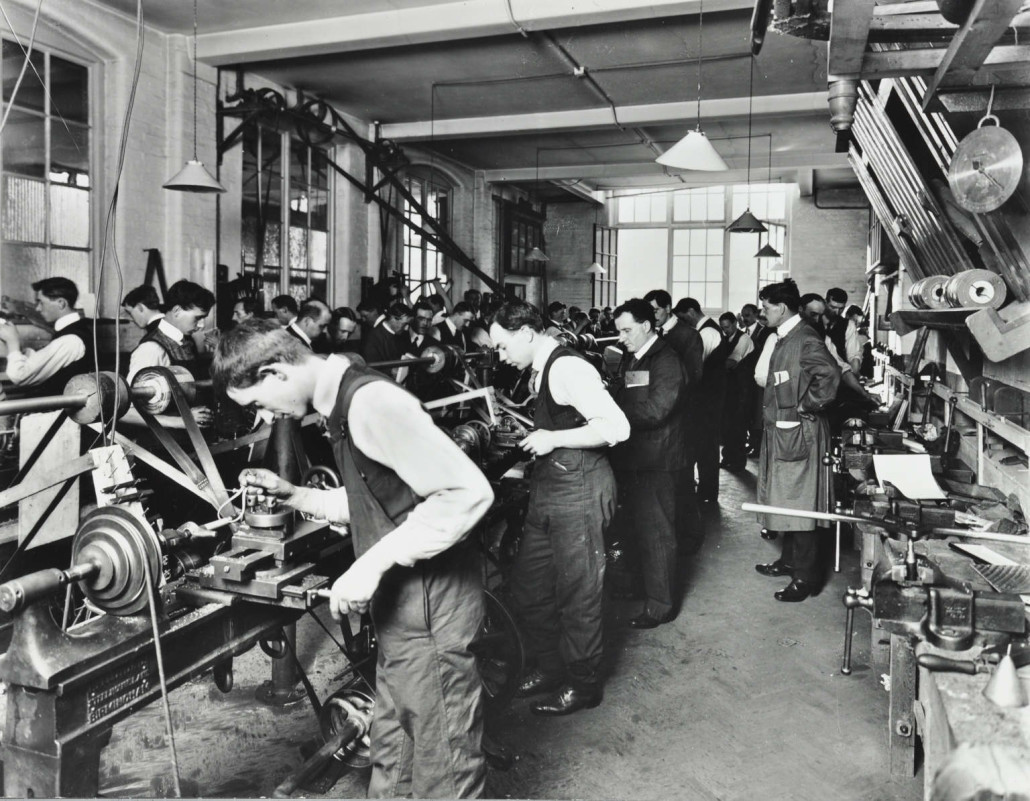 Brief history of the instruction manual

È It is with the approval of the so-called Machinery Directive of 1989 that, for the first time, the responsibilities of the employer are linked with those of the manufacturer who makes the working tools. It was at this time that instruction manuals became an integral part of the machines, their drafting was regulated by law and the production of technical manuals became a professional specialisation, even if, even today, it is still often little recognised. The history that leads to the Instruction Manual, however, starts from afar, at least from the Industrial Revolution, when for the first time attention was paid to the health of workers.

From the Industrial Revolution to the Machinery Directive

In the second half of the 19th century, the advent of large industry led the public authorities to feel the need for some intervention that could make the working conditions of workers more humane. We are still far from the concept of job security, but with a view to improving work situations, some laws were promulgated: in 1886 the law for the protection of the work of children in industrial factories, quarries and mines. In 1899 the protection of the physical integrity of the worker was ensured through the General Regulation for the prevention of accidents (Royal Decree 18 June 1899, n. 230).

In the following years there will be other important legislative interventions on the subject, including health protection (1902), the improvement of insurance against accidents at work, the establishment of the invalidity and old-age fund for workers. All the laws, however, remain good intentions on paper, because working conditions remain difficult and, above all, there are no controls.

The situation improved in 1912 with the establishment of the Labour Inspectorate. The obligation of “obedience” to the inspectors was established, as well as the “right” of the inspectors to raise fines for the violations ascertained. The inspectors were given the “right” to visit at any time of day or night all the places of work under their supervision.

This important step was followed, during the Fascist period, by other innovations aimed at protecting workers, including the approval of the Penal Code, which in Article 437, still in force today, introduces the crime of removal or malicious omission of precautions against accidents at work.

However, it was after the Second World War, in the mid-1950s, that we found those rules that were then, for over half a century, the pillars of the physical protection of workers:

Following the birth of the European Community, there has been a further qualitative leap in the protection of workers’ health. The so-called Directives start from the European bodies, which are then translated into laws, often with a certain delay, by the Italian Parliament.

The founding directive is No 89/391/EEC on the implementation of measures to encourage improvements in the safety and health of workers at work. This and other European Directives on the protection of health and safety at work are then transposed into national law with Legislative Decree no. 626 of 19 September 1994 (the so-called Law 626), which will transform the system of national protection, based on technological prevention, introducing the principle of safe organization and management of work processes. Technology, organization and man, the three cornerstones of modern prevention, were translated with the Legislative Decree 626/1994 into a far-reaching legal plan. Law 626 codifies the legal duties of information, training and active participation of workers in safety at work. The employer becomes criminally responsible also for what concerns the training and education to be given to the personnel working for him: on the processes and on the machines used. In the same way, always to pursue the principle of upstream safety, responsibilities are introduced for designers, machine manufacturers, suppliers and installers.

Law 626 will then be replaced by Legislative Decree 81/2008, corrected and supplemented by the subsequent Legislative Decree 106/2009, issued by the Executive by delegation of the Parliament, which has harmonized, rationalized and coordinated the mass of legislative provisions that for half a century had piled up making uncertain the timely application of safety measures in the workplace.

With this Directive, the Instruction Manual becomes an integral part of the machine. It is the means by which the manufacturer and the designer approach the user to explain to him how to transport, install, use, maintain and decommission the machine safely and correctly, having a clear understanding of the technical knowledge of the person who will use the machine. The Instruction Manual must be written in the language of the manufacturer (indicating that they are the original instructions) and translated into the language of the country of use.

A new site for Spai
How to write the instruction manual